An in-depth look at the Bank of Japan's balance sheet

Five years have passed since the Bank of Japan (BOJ), the central bank of Japan, adopted its quantitative and qualitative easing (QQE) programme in April 2013 under Governor Kuroda. After taking a closer look at the US Fed's balance sheet a few weeks ago, I decided to adapt the process for the BOJ's balance sheet, to see what we can learn.

To get started, we need to grab data on the BOJ's accounts in CSV format from the BOJ's statistics portal. To get to the data, scroll to “Statistical data search”, click “Balance Sheets of the Bank of Japan and Financial Institutions”, then “Bank of Japan Accounts[BS01]”. There, choose “Bank of Japan Accounts” in the first tab, select all available series in the second tab, and click through the rest of the options until you get to a page where you can download the data in CSV format. The file will be named something like nme_*.csv, where the star is replaced by a string of characters and numbers. Our R script will simply pick the first file corresponding to this naming pattern. 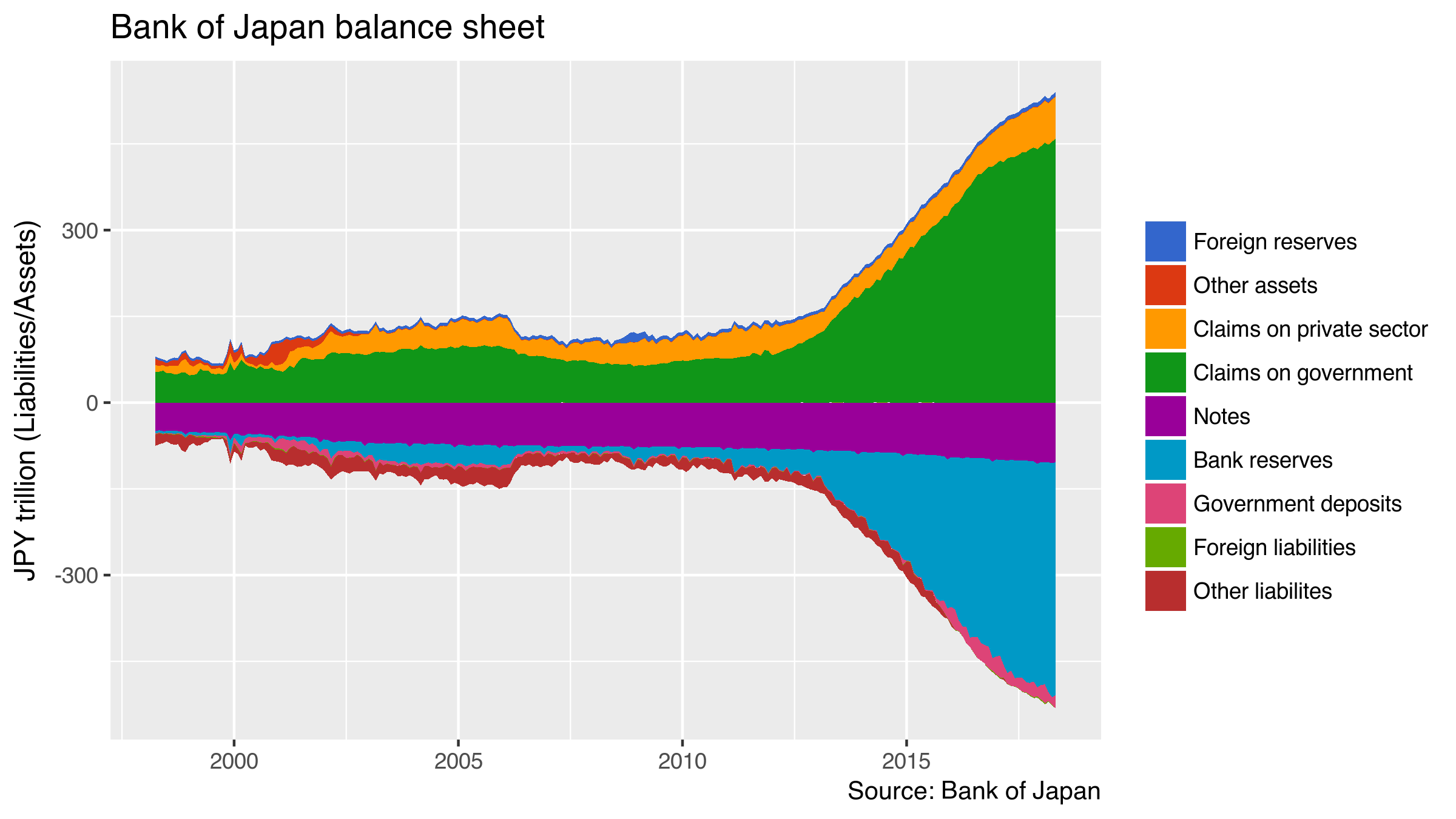 We consolidate the balance sheet items into broader categories to remove complexity and then transform the data to give us a ggplot2 area plot and an interactive plotly bar chart. We multiply liabilities by -1 to make sure they're shown in negative territory. For the interactive plotly chart, we go with a bar chart instead of an area chart, to take advantage of plotly's ability to isolate different data series within bar charts. Click here for the interactive plot.

The plot nicely shows the different rounds of easing policies undertaken by the BOJ since the turn of the century: Quantitative Easing (QE) March 2001 to March 2006, Comprehensive Monetary Easing October 2010 to April 2013, Quantitative and Qualitative Monetary Easing (QQE) in April 2013, and subsequently QQE with Yield Curve Control in September 2016.