How to run GIMP in a single window

If you are as excited about the upcoming release of GIMP 2.8 as me, then it's probably for the new single-window mode that will debut with GIMP's next release. GIMP, the “GNU Image Manipulation Program”, has traditionally used a very unique interface consisting of a workspace and two floating toolbars. By far one of the most controversial design decisions in the open source world, this has lead to the creation of a number of forks which tried to combine all of GIMP's windows into one. Finally, though, starting with version 2.8, a single window mode will find its way into the official GIMP version. 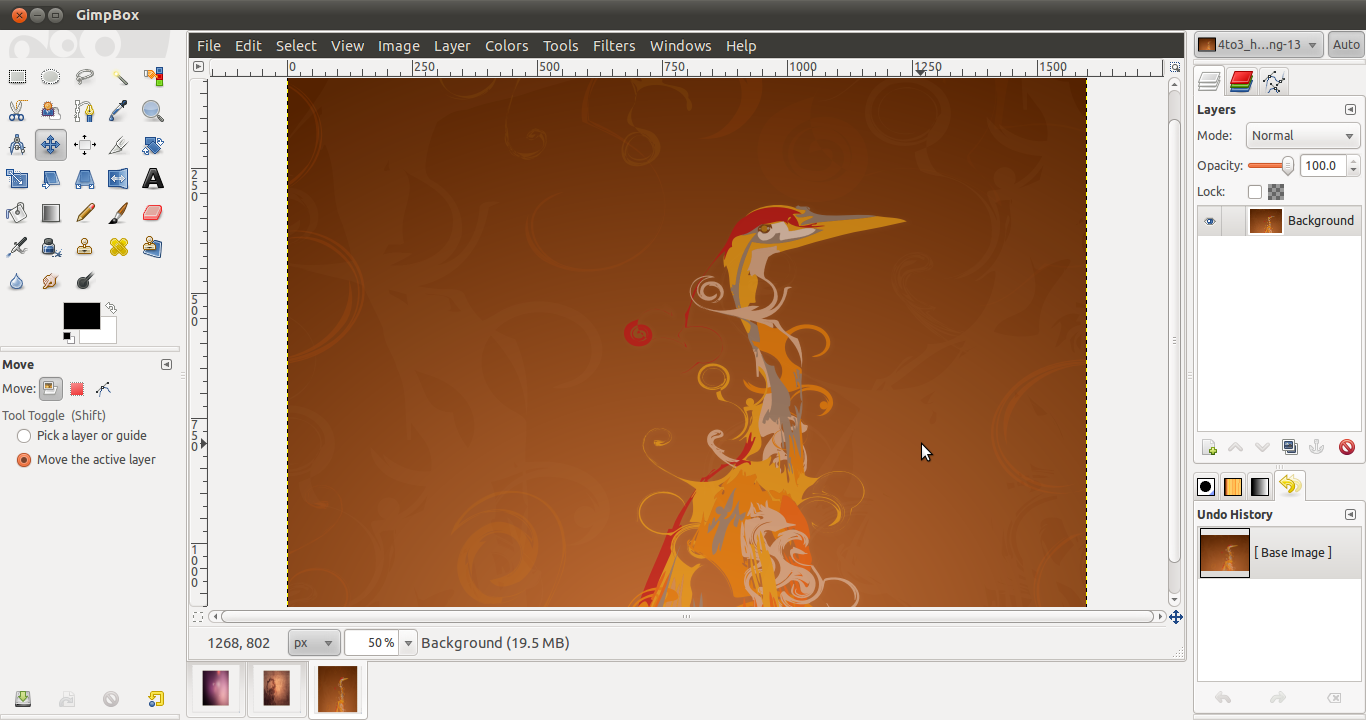 If you don't want to compile the latest development branch of GIMP yourself, but still want to run GIMP in a single window, there is a nifty little script that allows you to do just that: GIMPBox. This Python script, which combines all of GIMP's toolbars and puts them in one single container, has been written by two Chinese developers going by the nicknames of “jhuangjiahua” and “5h3ll3x”, who say they came up with the idea because they were dissatisfied with the current single-window mode in the GIMP preview release 2.7.

To install GIMPBox, open a terminal and follow these instructions:

The script will launch GIMP and combine all its toolbars into one window. Voilà – a single-window GIMP! Unfortunately, due to limitations on GTK's side, the keyboard doesn't always work. You can still use GIMP in its traditional layout and with working keyboard shortcuts, however, by launching gimp the same way as before. And if that's not enough, you might want to check out these instructions for installing the current GIMP preview release. Enjoy your single-window version of GIMP!